I welcome opportunities to philosophise with people whose day job is not philosophy, via interviews and writing, public talks, and consultancy.

March 2020: discussion of impostor syndrome on the ResearcHers Code podcast.

January 2020: discussion of impostor syndrome on the ‘Oh I See‘ Podcast.

January 2020: discussion of my book How To Be Trustworthy on the New Books in Philosophy podcast.

In January 2019 I organised a workshop on ‘Trust and Sensation in the Public Communication of Exoplanet Science’, funded by the Royal Society of Edinburgh: this brought together scientists, philosophers, broadcasters and public engageent professionals.

I participated in an expert seminar on ‘Trust in Public Institutions and the Rule of Law’, hosted by Ambassador Helmut Tichy in connection with Austria’s 2018 Presidency of the European Union.  The resulting document informed discussion in the European Council in November 2018.

I prepared an academic brief on Public Trust in Insurance, for the Chartered Institute of Insurers (2018); this guided their development of a new ‘Public Trust Index’.

I was interviewed by Julia Pugachevsky about ‘mirage friends’ for an article in Cosmopolitan (2018).

Together with Rowan Cruft, I secured an SGSAH Applied Research Collaborative scholarship, which funds a current Ph.D. project in collaboration with Audit Scotland, focused on public trust and public audit (2017-2020).

Following a request in 2018, Miguel Egler and I prepared a briefing document about philosophical accounts of practical and theoretical knowledge, for Ofsted.

My colleague Alex Douglas and I submitted evidence to the UK Parliament DCMS committee inquiry into ‘Fake News’ (2017); we subsequently wrote a short reflection on this process for Parliament’s ‘Why Engage?’ page.

In November 2017 I spoke about trust in the workplace at a conference of the Association of University Administrators.

In July 2016 I gave a public lecture – Philosophical Reflections on Impostor Syndrome – in connection with the Munich Center for Mathematical Philosophy summer school for female students.  The video is here.

In 2016 I started blogging at Psychology Today – you can read my posts here.

On 7th April 2016 I spoke on ‘What is Epistemology?’, part of Theories of Knowledge, a course for arts and humantities research students across Scotland.  The lecture was live-streamed, and is available on YouTube here. 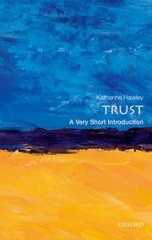 In 2013 I was a judge for a schools poster competition run by the Inspire-Aspire campaign of Character Education Scotland.

Blogpost at OUP in connection with my Trust book. (2012)